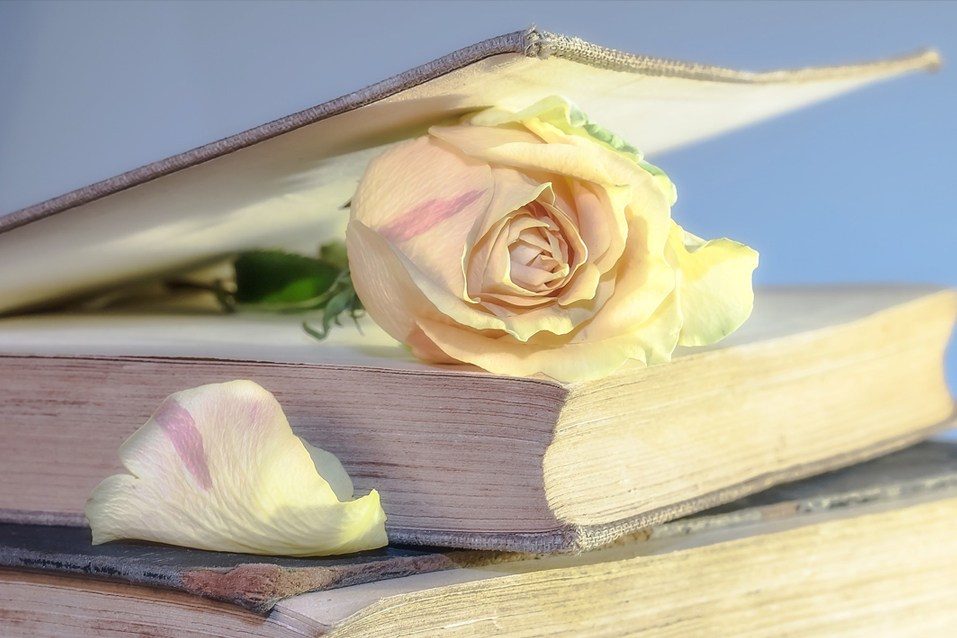 Mark Iles The Sundering (Is love all that it takes? LOVE IS ALL IT TAKES: Sarah Udoh-Grossfurthner interviews Mark Iles, Author of The Gardens of Earth, book 1 of The Sundering Chronicles

LOVE IS ALL IT TAKES: Sarah Udoh-Grossfurthner interviews Mark Iles, author of The Gardens of Earth, book 1 of The Sundering Chronicles. Is love all we need to solve the many ills and right the many wrongs of our world? This is the underlining theme (at least from my interpretation) in Mark Iles powerful new book The Gardens of Earth, book 1 of The Sundering Chronicles.

Q. Well, Mark, I know I should be interviewing you specifically on The Sundering, but after reading your bio referencing your love for martial art, and seeing how voracious a writer you are I just have to lead with this question; how on earth do you find time to be as extremely great at martial arts (a very taxing undertaking) and still manage to produce over 200 finished pieces of writing?

A. Those were written over a period of many years and I was also often having several pieces of non-fiction published in the same issues – usually as photo-journalism, ‘How To’, interviews with Asian films stars, and so forth. It was something that I loved doing and it came easily because you were just writing reality. In fact, every piece of non-fiction I ever wrote got published, but then it was a niche market and one which sadly no longer exists.  All of those magazines have gone now. If I were to hazard a guess why it would be that they stopped paying their writers, so those that really knew what they were talking about didn’t see the point anymore. Most of the work then came from beginners who knew little, and so people didn’t find the features rewarding enough. But that’s only my perspective, and naturally, the publishers would say ‘why pay for something when I can get it for free?’ I can see both sides of the argument, but if you were a carpenter and your monthly magazine stopped using features from master craftsmen and instead took them from beginners, would it still hold your interest? My hit rate for short fiction was much lower but are naturally still included in those numbers. These days I’ve more focused on my full-length fiction and running blog tours than writing many shorts.
I read voraciously prior to joining the Navy and it slowed after that as I had so much else on my plates – such as study and watch-keeping while being tossed about on the brink. I still read a lot but it dropped to one book every day or so. I even ended up being a ship librarian on most of the ships that I served on.
With my martial arts, I started on a couple of hours a week. In the RN it varied between two and four hours or more a day. Often more. These days I’m taking more of a back seat, as I’m getting on a bit. In fact, if I was a superhero I’m pretty sure I’d now be named Captain Concrete.

Q. Now to The Sundering, one of its main characteristics is the establishment of another kind of earth, recently there’s been quite a talk about travels to the moon and the possibilities of establishing another inhabitation for mankind there, would you say this was partly what inspired The Sundering? If not, what did so?

A. This subject has been the staple of science fiction for as long as I can recall. I love the concept of it and think it’s the only way ahead for humanity to survive in the long run. Even with the possibility of colonies on the moon and Mars taking place soon, it’s still going to take probably another century or so to get really established off Earth, but then you never know. And then, of course, there’s the subject of colonising the stars. Imagine being the first writer in another world, the things you could write!

Q. Now, Love, they say, makes the world go round: It is often quoted that love is everything. Is this also your take? Do you believe that love is everything? I ask because it was interesting to note the Protagonist, Seethan Bodell, put aside his original assignment (prevent the original landing on Halloween and stopping the war from ever happening) to focus his entire attention on finding Rose, his co-pilot, colleague and – most importantly – secret lover?

A. Seethan didn’t have a choice, his ship crash lands and is totally destroyed. He then tries to find the woman he loves and, yes, I do believe that love is everything. It ranges from that of our parents and siblings to partners, friends, and our pets – even our jobs in some cases. We’d do anything to protect and help our loved ones. It’s something we all have in one way or another (or most of us…).

Q. Still on the question of love: seeing how many similarities there are between the problems of our world today and the things responsible for those problems (greed, war, secret-private interests conflicting with overall common interests) does Seethan Bodell’s focus switch from his official duty to his private one your way of hitting that love is what we should be focusing on to solve the many problems of our own earth?

A. Seethan has nothing when he awakes and his first thought is to find his partner. The same would be with us if we were in a car crash, to find out how our companions are and to see if they are injured or need help. We can each do our little bit with regard to saving the Earth by reducing emissions, recycling, and so forth; but I don’t think that anyone person can achieve it all. We need to work together to really achieve anything but I can’t see humanity changing for the best. It’s just not in us. There will always be greed, envy, hate, love for another. The list is endless.

Q: I am a writer myself and so as a writer, I have always viewed SF (science fiction) writings as one of the most hugely fantasy-based (or inundated) of all writings; fantasy, of course, is another synonym for magic. So, with that said, if you had the power to wave a magic wand and cause things to happen, what would be the greatest thing (or even things) you would like to see happen in our own earth…in our world?

A. There’s that old saying, ‘to build a more peaceful world’, and of course that would be true. Likewise, help the environment. I’d love to see such things as stargates and starships, but that’s more scifi than anything. Oh…and of course to get more people to read all of my books!

Q. We have come to the end of this interview, Mark; thank you for your patience in answering my questions. Before we drop the mike finally, though, could you please give us a little hint of what to expect in the next series of The Sundering? For Example, is Rose alive or dead?

A. I’m pretty sure giving away the plot would make my publisher disown me…  I will say, however, that avenues touched on will be explored in more depth.

Sarah: Hahaha! I could have sworn that would be your answer.  Q. Ok, one final thing, the thought just occurred…if you could not write SF, which other genres would you have focused on?

A. Non-fiction, if I could find another market. It was so rewarding and you met/interviewed so many interesting people. Perhaps historical writing, such as the books about Rome written by Simon Scarrow, or those regarding Africa by Wilbur Smith. I love their work, but whether I could create something like that is another matter.

Corporate greed supported by incompetent surveyors leads to the colonisation of a distant world, ominously dubbed ‘Halloween’, that turns out not to be uninhabited after all. The aliens, soon called Spooks by military units deployed to protect the colonists, can adopt the physical form of an opponent’s deepest fear and then use it to kill them.
The colony is massacred and as retaliation, the orbiting human navy nukes the planet. In revenge, the Spooks invade Earth. In a last-minute attempt to avert the war, Seethan Bodell, a marine combat pilot sent home from the front with PTSD, is given a top-secret research spacecraft, and a mission to travel into the past along with his co-pilot and secret lover Rose, to prevent the original landing on Halloween and stop the war from ever happening. But the mission goes wrong, causing a tragedy later known as The Sundering, decimating the world and tearing reality, while Seethan’s ship is flung into the future.
The Spooks win the war and claim ownership of Earth. He wakes, alone, in his ejector seat with no sign of either Rose or his vessel. When he realises that his technology no longer works, his desperation to find Rose becomes all the more urgent – her android body won’t survive long on this new Earth. Gardens of Earth is the first book of The Sundering Chronicles. The story tackles alien war, a future that may be considered either dystopian or utopian, depending on who you ask, and a protagonist coping with his demons in an unfamiliar and stressful environment – not to mention immediate threats from a pathological serial killer, the remnants of Earth’s inhabitants now living in a sparse pre-industrial society under the watchful eye of the Spooks, and returning human colonists intent on reclaiming Earth. Born and raised in Slough, Mark Iles began studying the martial arts when he was 14 and joined the Royal Navy at the age of 17. A voracious reader he used to devour up to three paperbacks a day – primarily science fiction, fantasy, and horror – by the likes of John Wyndham, Isaac Asimov, Arthur C. Clark, Ray Bradbury, Brian Lumley, Frank Herbert, Stephen King, and a plethora of others. After The Falklands War Mark was drafted to Hong Kong, where he began writing features, for a variety of martial arts magazines, and short stories for a wide range of markets. In 2012 he decided to challenge himself and undertook an MA in Professional Writing, followed by Diplomas in Copywriting and Proofreading. With over 200 short stories and articles under his belt the book he wrote for his MA Project, A Pride of Lions was published by Solstice – followed by two other novels, a short story collection, and four novellas. His latest novel, Gardens of Earth, book 1 of The Sundering Chronicles, will be published by Elsewhen Press in August. Currently, Mark is working on the second in the series, as well as another short story collection. Now a 9th Degree Black Belt in Taekwondo, Mark is still involved in martial arts and has also written both a book and an app on the subject.